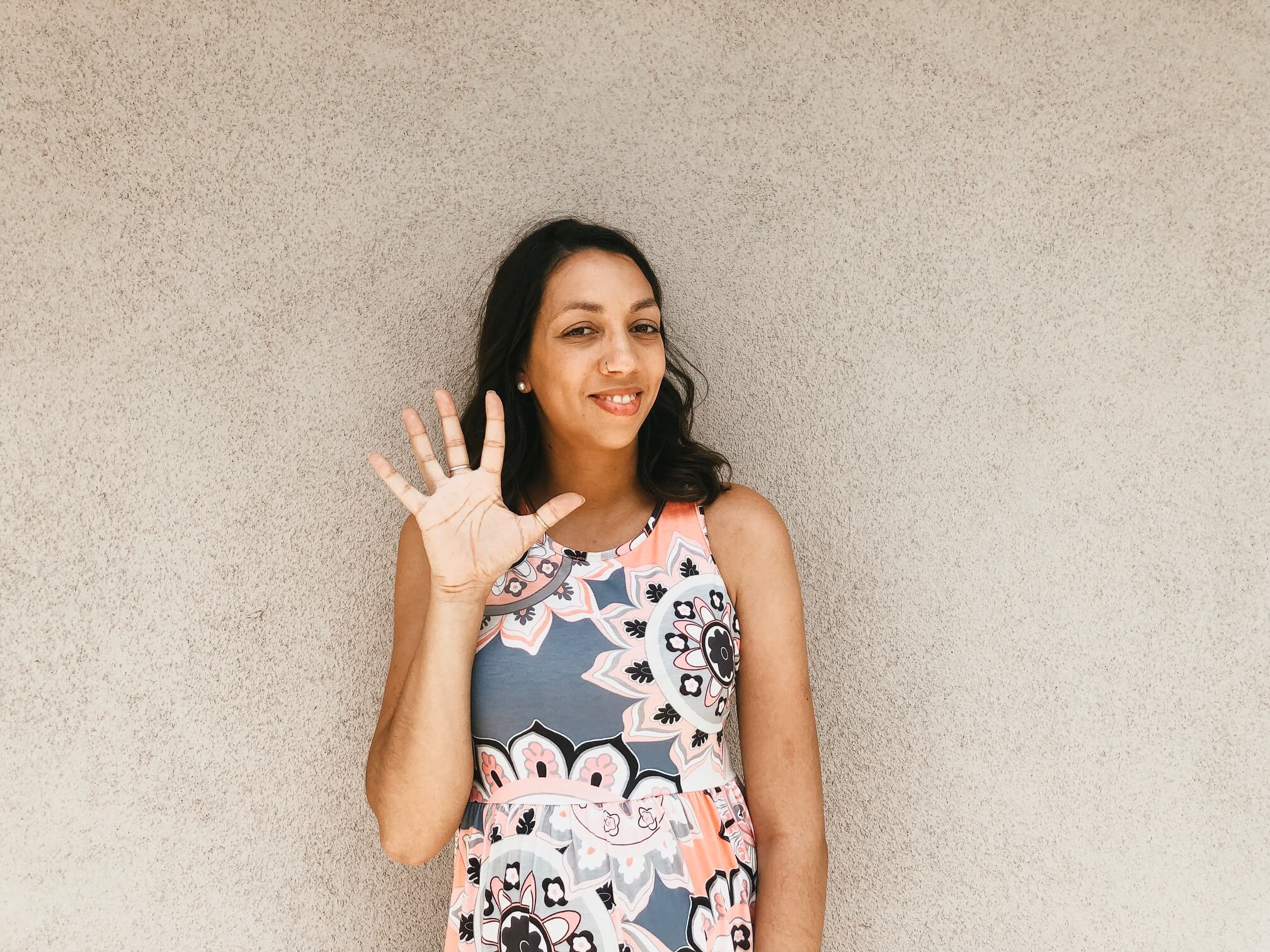 5 Signs You Could Be Having Twins

I wanted to do this fun blog about the signs that you’re having twins. I saw a few other bloggers who did their signs that matched up with other twin moms. I thought it was fun and pretty coincidental that they all matched up pretty much the same.

This is my disclaimer: these signs are not scientifically proven and are just symptoms that can (not will) be more common in a twin pregnancy. The only real way to know you’re having twins for sure is to go to your doctor and for them to confirm it on an ultrasound. These symptoms don’t guarantee you’re having twins.

I just found it so interesting that the symptoms these other moms had were very similar to mine! I also recognize that some people having just one baby can have these exact symptoms and some twin pregnancies have no symptoms at all. I also only found these signs lined up with other twin pregnancies after we found out we were having twins via ultrasound and I started reading other twin blogs.

Here are 5 signs you could be having twins:

I took an early pregnancy test about five days before I would have missed my period due to starting to feel a little weird. With early detection pregnancy tests, there is about a 50% accuracy due to the low levels of hormones that would be present. And of course, the lines are pretty faint that early but even a faint line means you’re pregnant.

So I took the pregnancy test and was about to put it down to wait the full 2 minutes for it to develop when within just a few seconds it looked like it was changing. It was less than a minute that the pregnant line was not only visible but it was very dark. I found it very curious that it would appear that fast and be that dark but I did know that you could be off on your days and perhaps I was already past my missed period.

However now I know my hormone levels were very high at that point because of the two babies and that’s why it was super clear immediately.

Once I was pregnant we called our doctor to set up our first ultrasound a few weeks later. She had mentioned that I would feel some cramping for a few days. I did feel that I was getting a few days of cramping but it lightened up pretty quickly. However, instead of going away immediately, the cramping continued and even though I was kind of worrying it went away and wasn’t accompanied by any bleeding. I did see with fraternal twins the eggs have a possibility of implanting on two different days. Even though that is rare, the twins are measuring a few days apart in size and have for the entire pregnancy.

Another cause of the extended cramping is that my uterus was cramping from two different areas and the pain could have been prolonged due to more implantation going on. Other twin moms said their implantation cramping lasted longer with their twins than their singleton pregnancies if they had already had a baby before.

Breast Tenderness that Turns to Pain

My breasts hurt so bad that I couldn’t even sleep on my side or else the pain would wake me up when I rolled over in bed. I would wake out of deep sleep if I moved too far onto my chest in my sleep. I ended up wearing a sports bra to bed to keep the movement at a minimum.

It hurt to hug people even lightly and I would almost tear up if I had to go downstairs for the first few weeks. It was like a game of don’t move your own boobs.

I was told that you would feel tired the first trimester of pregnancy. I also saw that many twin moms would experience extreme exhaustion instead of just being tired. When I say exhausted I mean getting 8 full hours of sleep and barely able to get out of bed. I was starting my day feeling so sluggish by week five or six.

As the weeks went on I had no energy to do workouts and even almost fell asleep in the middle of the workday at my desk. I was getting to bed by 7 pm at one point just instantly falling asleep and waking up at 7 am still exhausted. I felt like I was doing something wrong that I couldn’t get rested. Most of all I felt like I was being a baby and couldn’t hack pregnancy. I found out later that it was common in other twin pregnancies to be that exhausted.

Extreme Morning and All Day Sickness

The fifth sign that you might be pregnant with twins is extreme nausea and sickness that lasts all day and starts right away. When carrying two babies your hormone levels can soar a lot higher than when you’re just having one baby and it can happen pretty fast.

By the 5th week of pregnancy, I was so sick, I could barely look at food. I was dry heaving at the smell of almost all foods and throwing up when I was trying to just keep crackers down. I did have people comment that it seemed very early to be that sick but I couldn’t even keep water down sometimes.

Even smelling my husband cooking something or warming something for himself to eat was too much and I was dry heave or throw up. Other people who went through a twin pregnancy said they also experience intense nausea, dry heaving and throwing up much earlier than with their other pregnancies of just one baby.

At first, I just convinced my self that I was just not one of those people who would be having a beautiful, glowing pregnancy and that I wasn’t able to deal with some discomfort. Looking back I realize my hormone levels were just way higher and out of control much earlier with the two babies.

I found reading about other moms twin symptoms after I found I we were having twins was fun and interesting and gave me a place to reference.

Thanks for tuning into my twin pregnancy series as I document my journey in all of its ups and downs. What were your twin pregnancy symptoms that match these or that tipped you off that you might be carrying more than one baby? 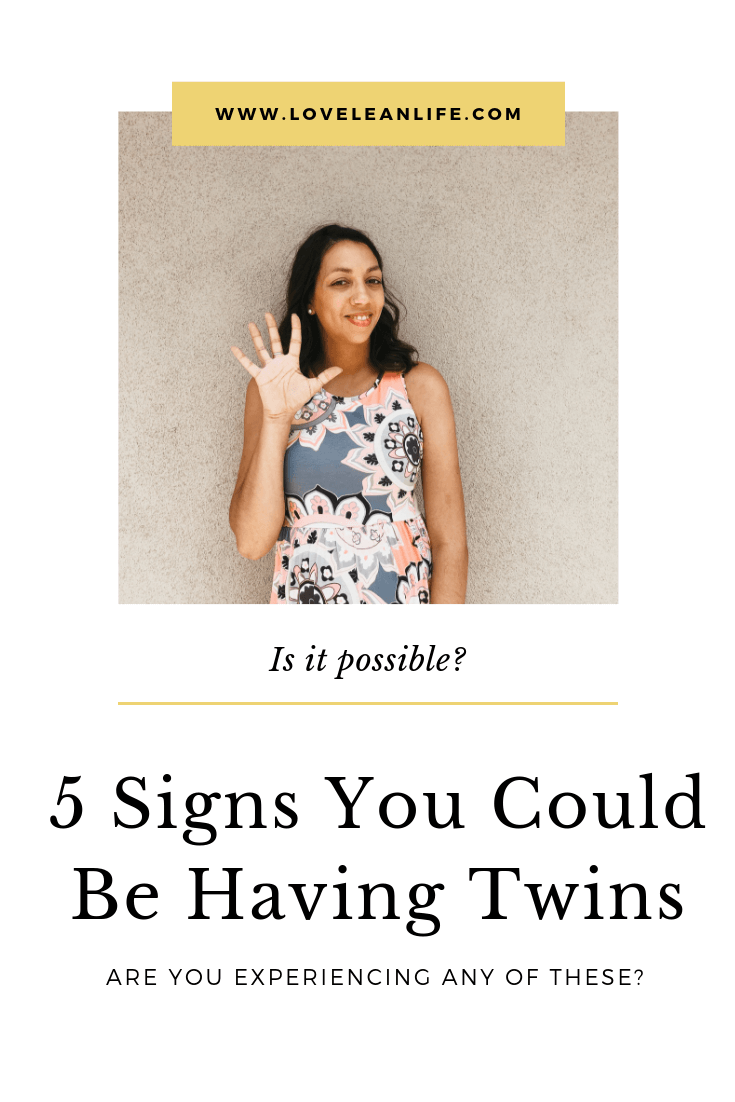 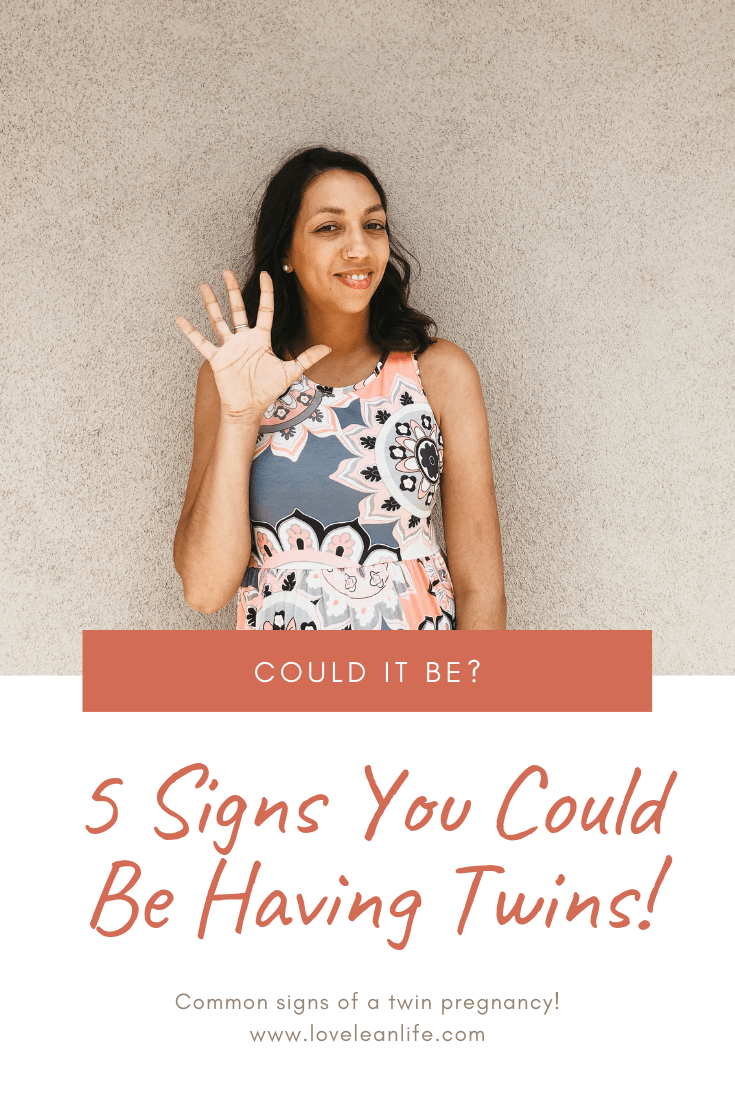 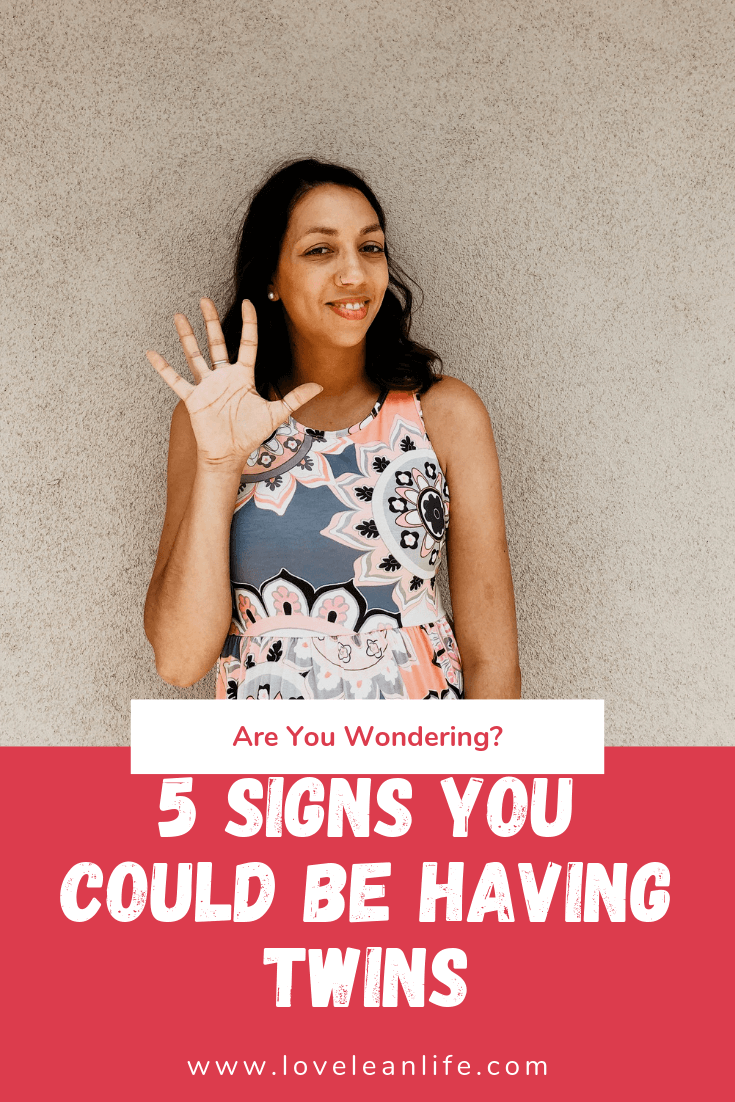