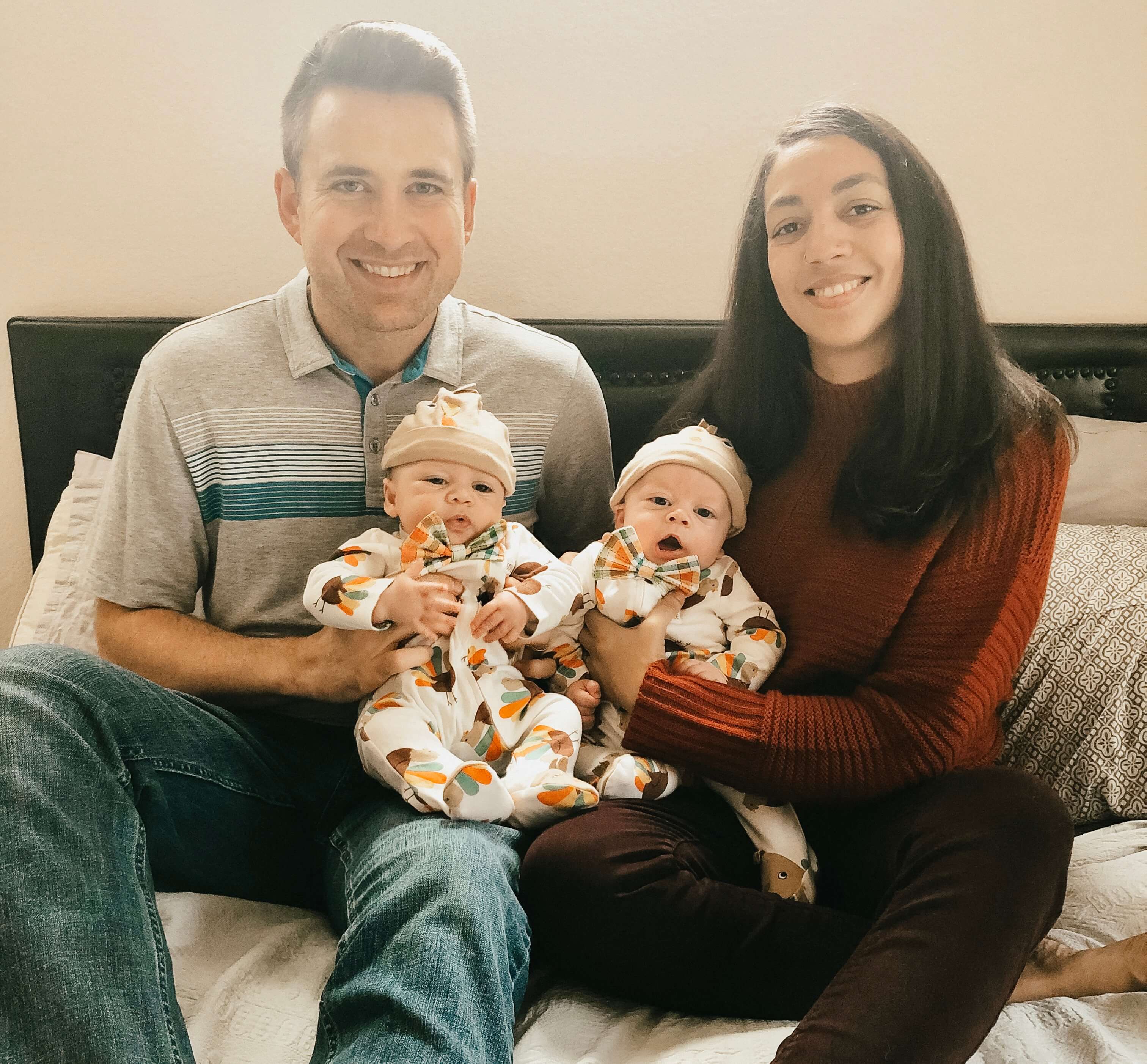 5 Things that Make You More Likely to Have Twins!

Twin pregnancies don’t occur completely by chance. There are quite a few factors research has shown that make it more likely to have a twin pregnancy. I want to share five of the most prominent ones that I’ve come across that increase the possibility of having twins.

I never thought I was at risk for having twins. Saying “risk” makes it sounds like it’s a disease. I’m just saying I never thought that I would be sitting here making a twin pregnancy series. Twins weren’t something that I even knew existed in our family, so it really never crossed my mind until we actually found out. If you’ve ever worried (or been hopeful) that you would have twins in your pregnancy, see if any of these apply to you.

The first thing to make you more likely to have twins is being over 35. Research has shown that having multiples happens more often when you are of a more mature age. I love that word. “Mature” age – I think they’re calling me old. I’m not 35 yet, but I am over 30. I really didn’t think that this even applied to me, but the chance of having twins increases with the age of the mother.

Your heritage also plays a part in making you more likely to have twins. The highest number of twins are occurring in people of African American descent. I’m half African-American and so I didn’t really think that was going to be a huge factor for me. People of Caucasian descent have the next highest incidence of multiples. So while African-American was the highest, since I am only half, I thought this wouldn’t affect my chances of having twins.

The third factor I read was a study that showed women who ate more dairy were more likely to have twins. There might be a correlation with the hormones given to animals who produced the milk for dairy or the naturally occurring hormones in dairy. This is not causation, just correlation that could be tied together with women who eat a lot of dairy.

I am a cheese fanatic. If you were to ask what I’d like for dessert and you offered me block of cheese, I would definitely take that over anything else. Cheese is just my jam. I love authentic cheesecake. I like cheese dip. I like cheese in every form. Shamefully enough, as a child, I would use my allowance money to buy Cheez Whiz.

When I found out that women who consume more dairy are statistically more likely to have twins, I was surprised. That’s one factor for me that I thought could affect my chances due to the amount of cheese I eat. I use meat in my diet as a side, not as the main dish of my meals. That leads me to eat a bit more dairy, such as Greek yogurt, for protein. I don’t drink milk because it does not agree with me, but the increased chance of having twins with dairy consumption doesn’t just apply to milk.

Another factor is women who are taller are more likely to have twins. Maybe this is just because your body has more torso space? I have a really, really, really short torso, so carrying the twins was not the most comfortable as they grew. I am not super tall. I’m actually just under the average height for women, so this factor didn’t seem to apply to me.

But the fifth factor that makes you more likely to have twins is if you have fraternal twins that run on either side of your family. It wasn’t until after we found out we were having twins that we learned both of our grandparents had twin siblings in their family or had siblings who had twins. My grandmother’s brothers were twins and there was another set of twins on my side. My husband’s side has two sets of twins. They were all twin boys, which is what we are having.

Some people ask, “How can it run on your dad’s side and your mom’s side?” It makes sense on your mom’s side because they’re passing down the fertility genetics to you, but there is also something called hyperovulation. This is when you produce or drop more than one egg per ovulation cycle. It’s a gene that you can carry. If a male has a mother with this gene, they can actually carry this gene and pass it on to their daughters, which is why sometimes people say that twins can skip a generation.

Even if the male has passed down that hyperovulation gene to their daughter, you still wouldn’t know if the twins were fraternal or identical, as it could also be a spontaneous occurrence of identical twins.

There are actually no factors that really increase the likelihood of identical twins, although there is one possibility that I happened upon on a fertility site. I read an article that said with the use of fertility drugs, there is something about what the embryos are growing in that can make them more likely to split and be identical twins. I don’t know how true that is, but it was interesting.

However, with fraternal twins there is actually a gene you can pass down. My guess is that my family has the hyperovulation gene and it was passed down to me and I was able to be blessed with twin boys. We now know that our boys are fraternal twins, but there was a slight chance they could have been identical. 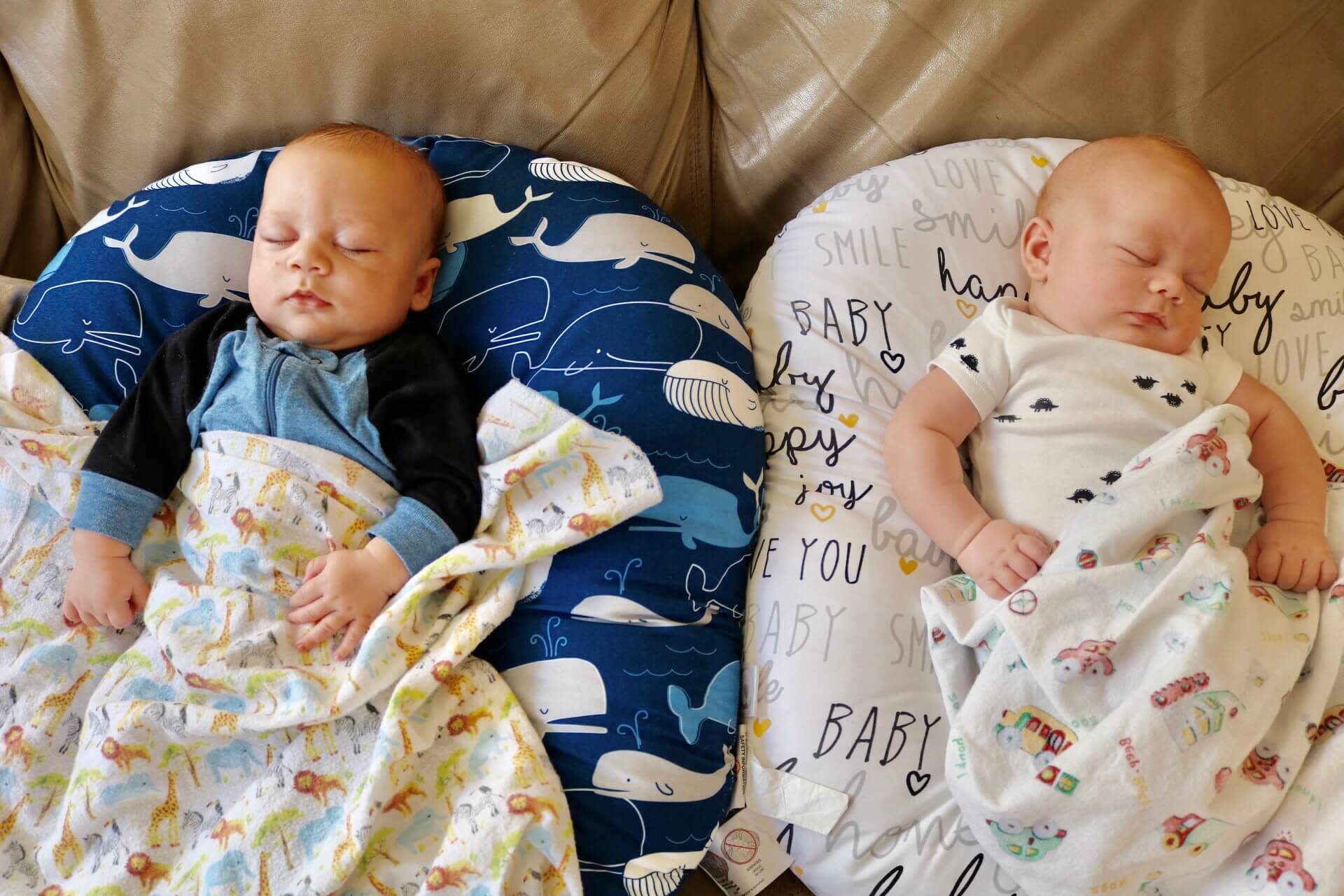 It was really exciting wondering if they would come out and look nothing alike, or if they’d both look alike and look more like one parent than the other. They came out with completely different hair color, so we knew immediately they were fraternal. If they had come out looking even a little bit similar, we would have had a little cheek swab done to know if their DNA is a 100% match or not just to make sure. We definitely don’t want to mix up babies! 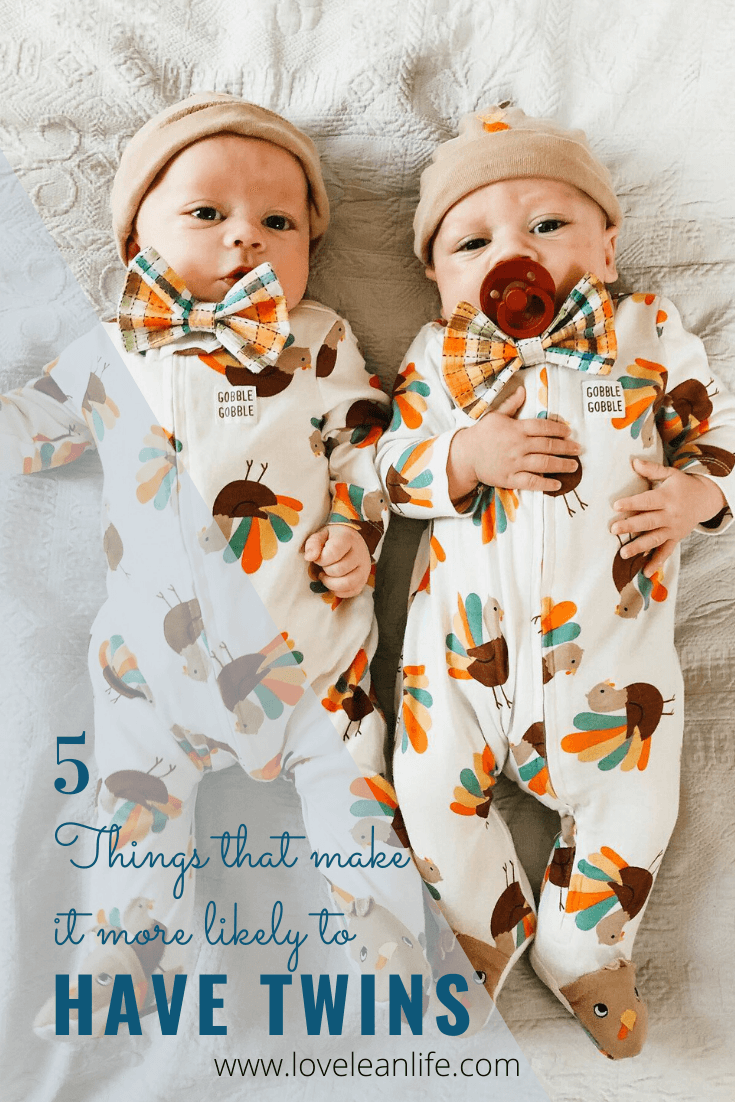 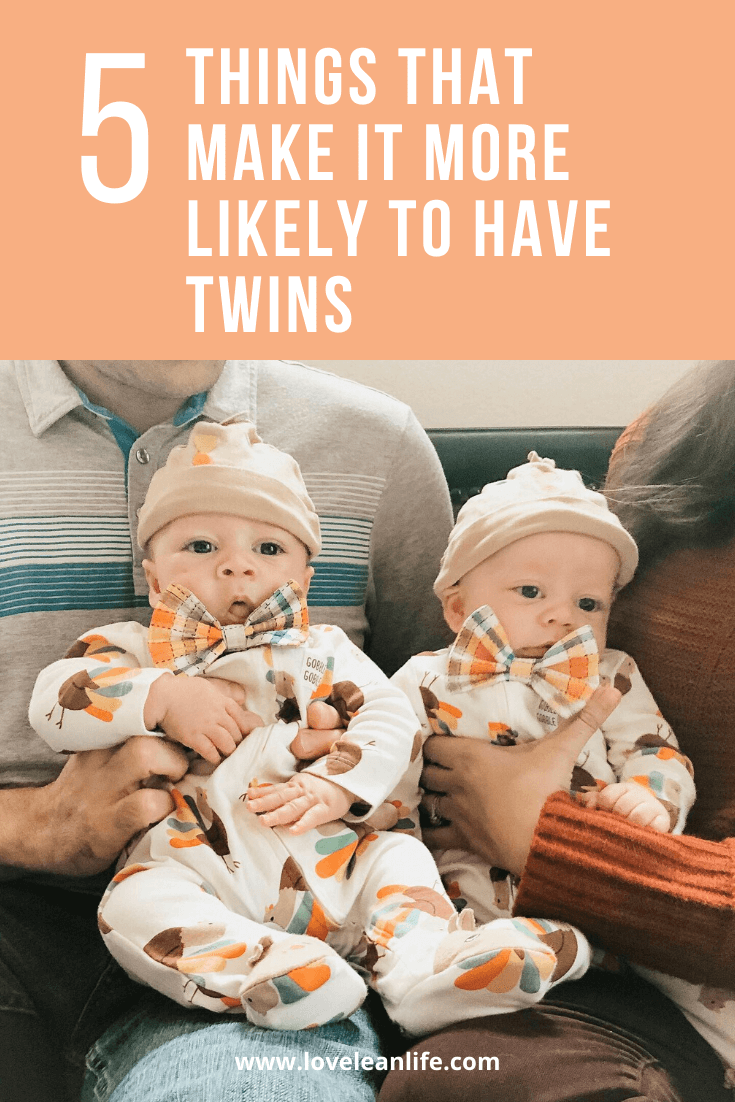 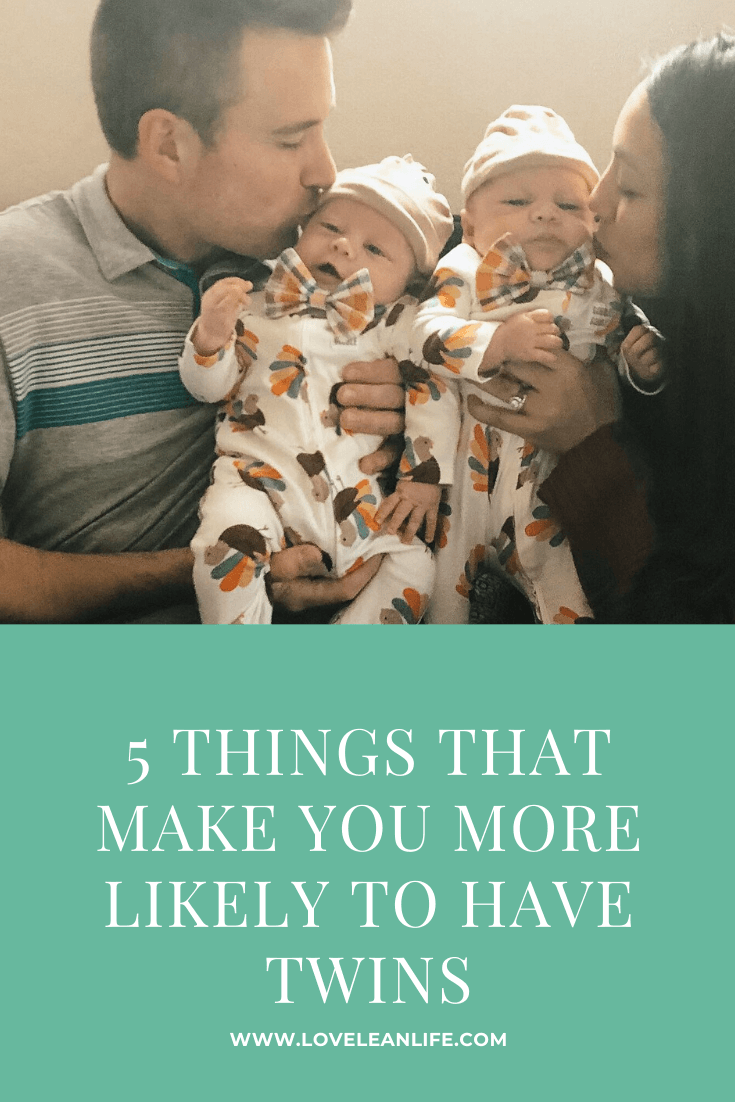