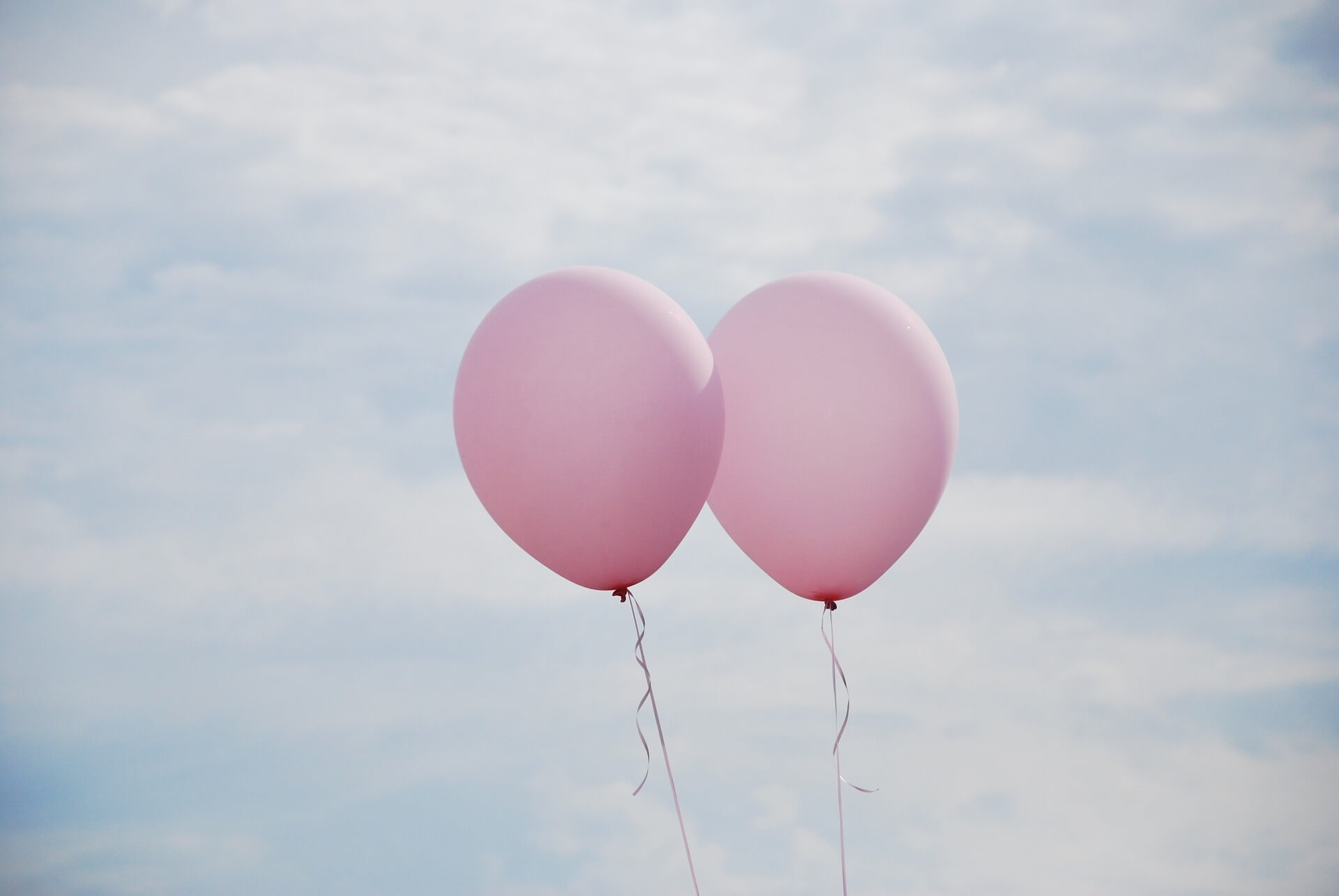 You know when you go to the doctor’s office and they ask you about the medical history of your family? There are typically questions concerning cancer in your family, and if you are a woman, they specifically want to know if there is a history of breast cancer.

I see these questions every single time I go in for a wellness checkup.

I am asked each time about my family’s history, and it makes sense. My grandmother was a breast cancer survivor, and so it would make sense that this is something I should be particularly aware of.

However, every year I go in for a wellness checkup and I never get anything besides an ordinary breast exam. When you are young and still in your 20’s and 30’s it seems like there is nothing you can do about then stay educated and take precautions. But how do you start preventative care before you mammograms aren’t even recommended for another 20 – 30 years?

On top of this, there is so much information out there about preventing breast cancer, how do you know what is real and right for you?

I’ve heard about what you shouldn’t do because of long-term effects, such as not to wear your bra too tight because it can prevent your lymph nodes from draining, not to wear antiperspirant deodorant, and to stay off birth control.

I don’t know about you, but these are things that have been pushed on me since I was a teenager. I needed to stay on birth control to prevent unwanted pregnancies, or I needed to be on it to fix almost any issue you may have with your period. And we are told that you’ll offend someone if you don’t wear a bra.

While I’m not out to burn my bra (itty bitty titty committee probs!) I have considered non-metal options and as it turns out, there aren’t as many options as I would have guessed.

I also found it difficult to walk into a store and find a deodorant without antiperspirant ingredients in them. We have villainized sweating and are told we need antiperspirant so as not to offend our office mate.

Besides trying to figure out if any of these things is truly preventative, I’m always looking to explore options that can save lives without being a high risk like starting mammogram early. So when I came across a preventive therapy called Thermography that was a non-invasive, non-radiation look at the breasts I was instantly intrigued. After some research not only did I want to know more, but I wanted to know why I had never even heard about this before. Especially with a history of breast cancer in my family.

How You Can Start Screening for Breast Cancer Now

I decided to talk to Tina Clemmons the owner of De Nuvo Scan who’s been administering scans for over 7 years in Scottsdale, Arizona and what I learned was fascinating!

I heard that birth control that causes estrogen dominance and bras can affect our lymph nodes, both of which can affect breast health. I have yet to burn my bra, but I was curious if this was true, especially after seeing that the De Novo Scan could pick up both.

Clemmons explained that in fact, birth control can cause estrogen dominance and bras can have a significant impact on our breast health. “Bras not only keep your lymph nodes still, but people are also wearing underwire bras. When we’re walking through a sea of EMF’s, WiFi, and Bluetooth signals, that’s electricity, and the wire is nothing but a conduit for all the electricity.

Birth control, on the other hand, can also be bad, as “Estrogen dominance is terrible for breast health…[and] we can get it from the plastic that contains BPA. That’s causing estrogen dominance. Our environment, our foods, the chemicals causing it… There’s a lot of women that come in here that are her two positive, which is an estrogen dominant [form of cancer].”

Clemmons was certified by Dr. Ben Johnson, an integrative oncologist. During her training, he taught her that the lymph node system is the largest organ in the body that doesn’t have its own pump, so you have to be able to be able to move it to rid cellular waste. Every day you have cells that die off, but they need to be able to get out of the body, and if you don’t move the lymph nodes, it stays stagnant and builds up.

The De Novo Scan is new technology and focuses on the use of thermography, a technology that has been around since the fifties but wasn’t approved until 1982 after over 800 peer-reviewed studies. Clemmons took us through a history of thermology and how it was initially used for the military, and then in meteorology to see the eye of storms using different colors. They then began to use it on the body to “define inflammation where there might be intense blood flow to a tumor or infection.”

Thermograms are another way, besides mammograms, to screen for breast issues. Today, mammograms are the standard method of testing for problems that can arise in the breast, but that doesn’t mean that it is the best.

The Problem with Mammograms

The problem with mammograms is that they do not provide early detection, and as Clemmons notes, “They’re using radiation to find cancer, but radiation also causes cancer… and by the time a mammogram finds something, you already have the disease because it took years for it to grow big enough to be detected.”

Clemmons found the way thermology searched for hotspots in the body where blood was feeding tumors. This allows us to see more than with other types of scans. This allows us to see a tumor when it starts to form at the earliest stages, during a time called angiogenesis, which creates blood vessels to grow. When you have more blood flow to an area, the blood is warmer and it is going to show hotter temperatures. This allows you to find tumors early so you can reverse them from becoming breast cancer.

When you go in for a De Novo Scan images are taken and run through software that measures and compares temperatures. If anything is off and one side of the breast has a point that is hotter than the other, it indicates that there is a cause for concern because, as Clemmons points out, “Breast cancer is not symmetrical, it’s asymmetrical.”

Thermography is the start of long-term cancer prevention because it is a way to get early detection. Tina Clemmons recommends that you get a De Novo Scan once a year to keep monitoring your body. Most people don’t start getting mammograms until they are in their 40’s, but for many women, this is too late. Cancer can happen earlier than that and it is best to detect it when it first begins to develop.

Overdiagnosis and How to Prevent it

The rise of mammograms has also lead to overdiagnosis, according to a study that was featured in the New York Times, and was leading to overtreatment. This overtreatment can actually do more harm than good.

Mammograms may also come with risks as well. Clemmons explains that “every two or three women are being treated when they shouldn’t be [and some of these women are] going through chemo when they really didn’t even need it… You are more likely to find something in a self-check than with a mammogram.” Clemmons also notes that she never wants to tell someone not to get a mammogram, but instead says that it is about giving people as much information as she can so they can make their own informed decisions.

They can be especially risky if you start too early, Clemmons notes, due to the radiation, which thermography leaves out.“Thermography is, it’s noninvasive. There’s zero radiation. You can do it as often as you want.”

If you were to get mammograms early on, beginning in your twenties, you are exposing premenopausal breast tissue to radiation and this can cause problems because, it’s changing the DNA structure. If you change the DNA structure of the tissue, it’s going to mutate later because it’s different.”

Because thermography scans are so non-invasive and can cause zero radiation, Tina Clemmons recommends that you have one done once a year. Your first visit will be with her and you will have your first scan. Based on the scan you’ll have a follow up 3-6 months later to establish a baseline. After this, you only return annually for a checkup. If a scan picks up something that raises a high level of concern, you will be recommended a followup with your primary care physician.

If you live in near Scottsdale, Arizona, De Novo Scan needs to become part of your annual checkup, especially if you have a family with a history of breast cancer. Don’t wait until your 40’s or 50’s to start mammograms that may end up missing issues occurring within your breast, or may end up in an overdiagnosis. Start your scans early so you can stay on top of your breast health. 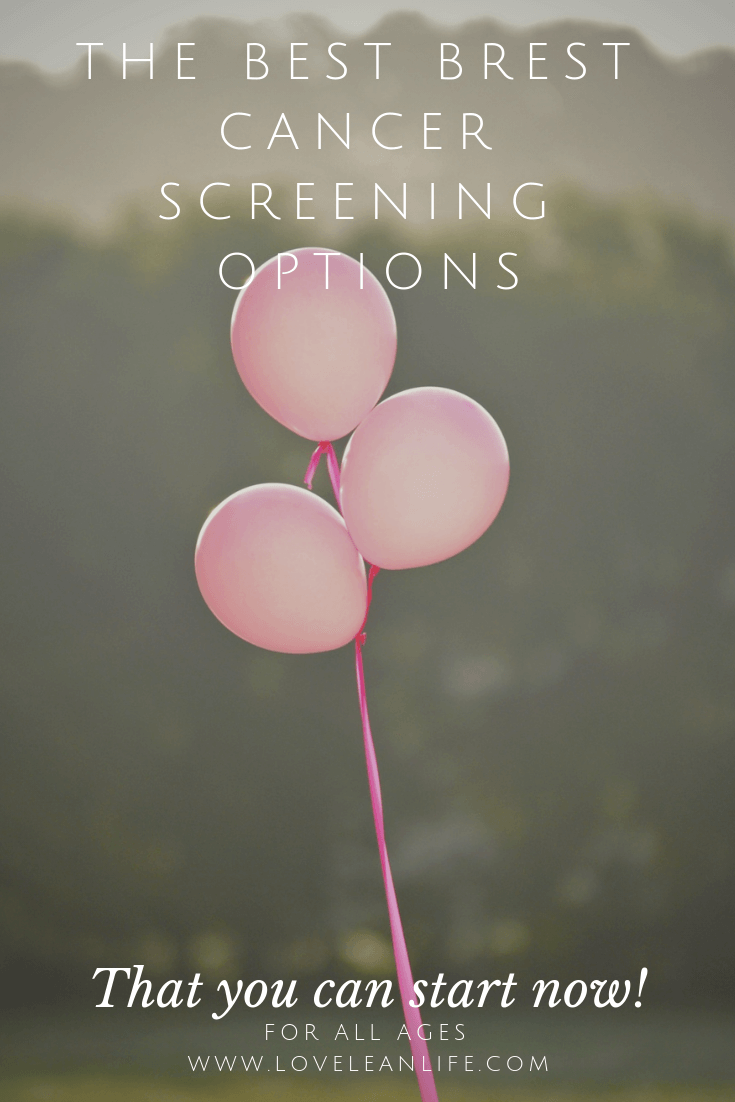 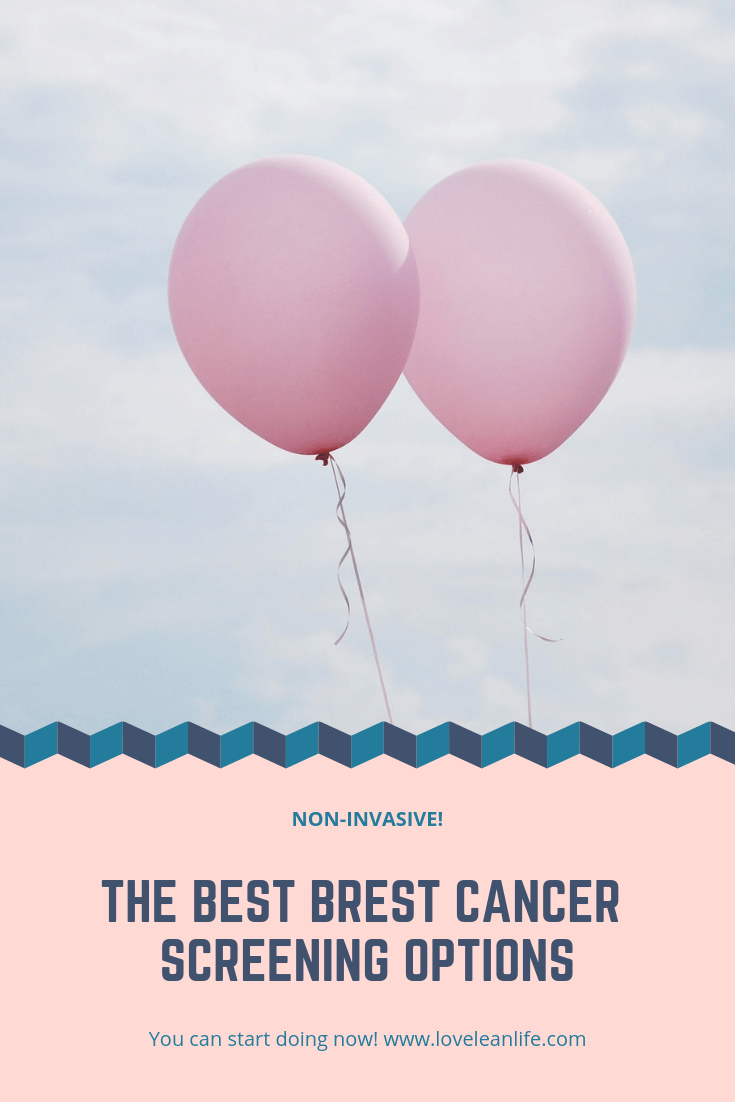 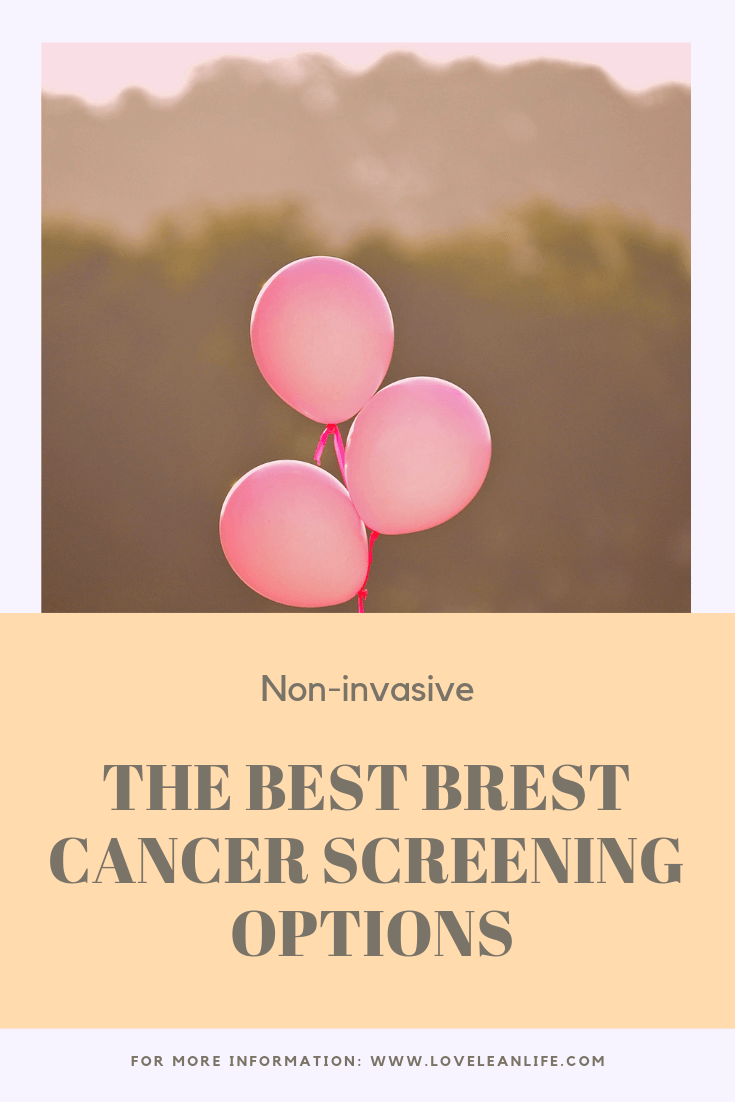 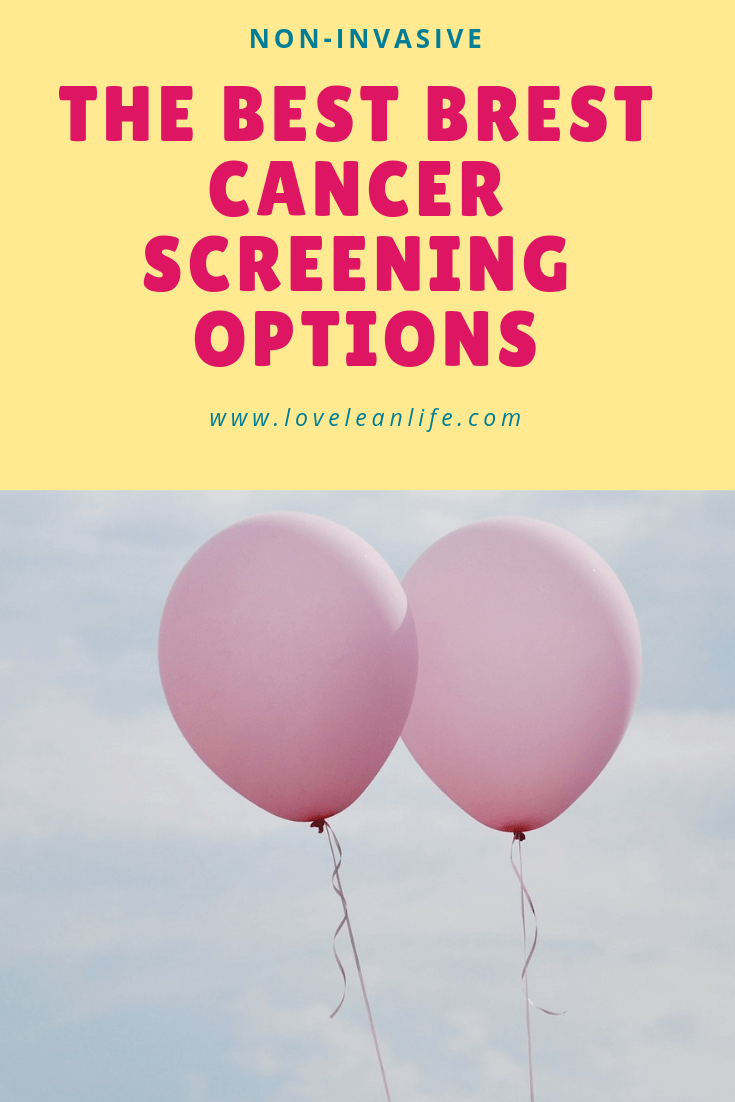 Roasted Garlic Hummus: No Tahini
How to Work From Home with Twins
Tips for Exclusively Pumping