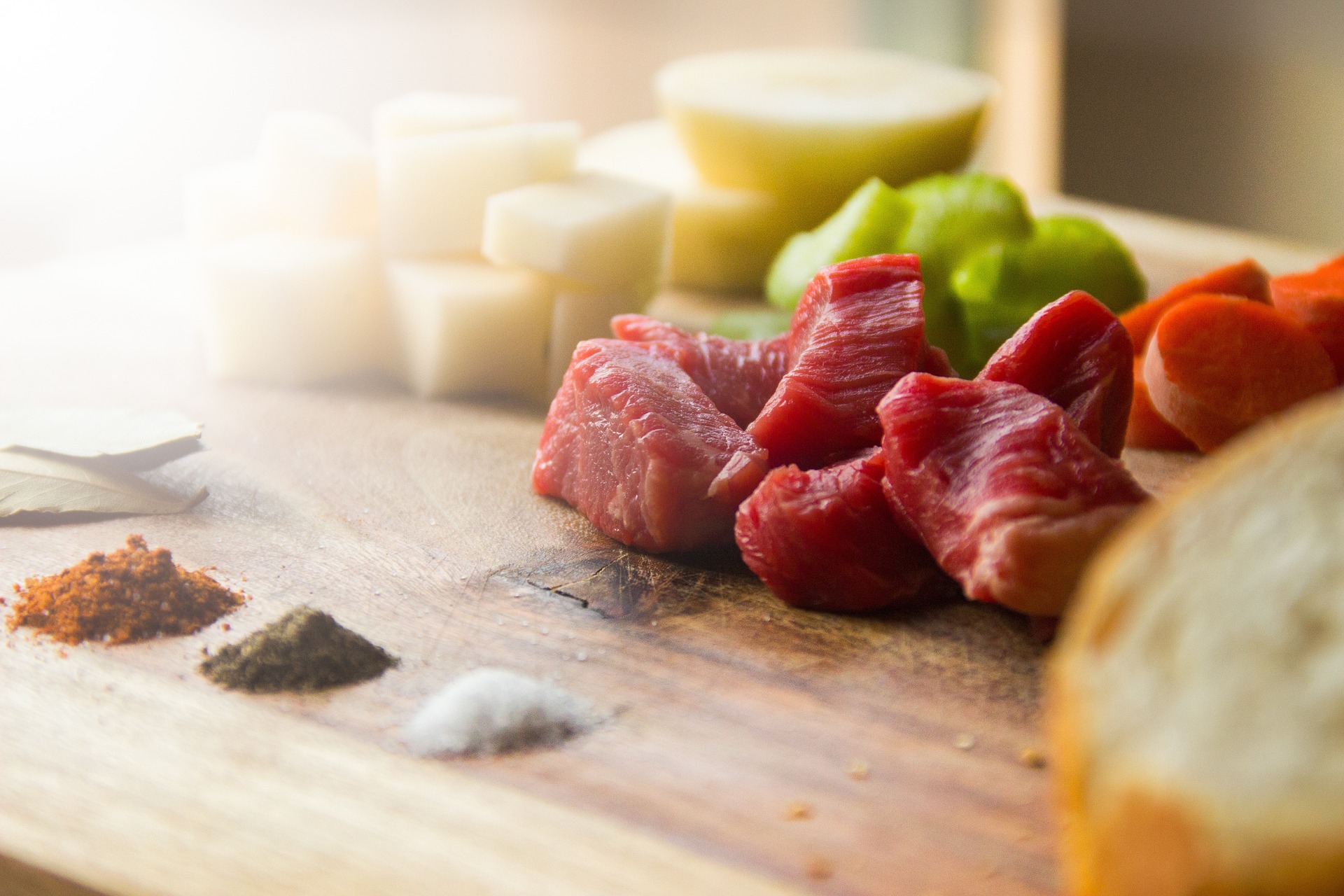 What are the Health Benefits of a Ketogenic Diet…and is it Right for You?

The keto diet has been around for a long time, but recently it has become one of the most popular ways to lose weight. Everyone seems to be doing the keto diet to lose weight, and there are books, videos, and websites all dedicated to helping you follow the perfect keto diet. If you haven’t joined the keto train yet, and have weight that you want to lose, it may be one of the diets you are considering trying.

Keto is an effective weight loss method, but this is not the only thing that it is good for. There are many health benefits to being on a keto diet, and putting your body through ketosis, that you may not have realized.

Before you start a keto diet or any diet for that matter, it is important to know a few things first:

The keto diet is based on the act of burning fat by putting your body into ketosis. Ketosis is a term you might have come across when looking for information on diabetes or how to lose weight, but what is it? It is a normal metabolic process which keeps the body working when there aren’t enough carbohydrates from digested food for your body cells to metabolize into energy. In such a situation, the body directly breaks up its fat reserves, instead of breaking down muscle cells into glucose for energy purposes. In the process, it produces ketones, which are byproducts of the body metabolizing fats when there is an inadequate carbohydrate intake (1).

If you are healthy and consuming a balanced diet, your body has leverage on how much fat it burns. In this situation, it doesn’t produce ketones. However, when you cut away carbohydrates and calories, your body switches to ketosis in a bid to produce energy for it to keep running.

So, is being in ketosis a good or a bad thing?

Ketosis becomes dangerous when ketones build up in the body. High levels of this byproduct result in dehydration, and can also change the chemical composition of your blood. However, if induced responsibly, it has several medical and therapeutic ways it can help the body, including losing weight.

Keto is one of the most effective weight loss strategies since it is entirely anchored in consuming a low carb diet (2). Apart from helping your body burn more fats, keto can make you feel less hungry and help you maintain your body muscle by leveraging on fat reserves. For healthy people who are not pregnant or have diabetes, ketosis can begin in as little as 3 days after consuming less than 50 grams of carbs on a daily basis. It can also be induced by fasting.

Apart from losing weight, ketosis improves brain functionality, boosts memory and improves learning. A study conducted on rats established that inducing ketosis on aged rats improved their cognitive skills (3). A similar study also indicated that placing rats under a ketogenic diet protected them against diet-induced brain impairment (4). Another study conducted on humans indicated that giving a ketogenic diet to the elderly helped them improve their memory functionality.

A low carb and high-fat diet were also found to significantly increase the number of mitochondria in the body. These improve learning, emotions and cognitive skills.

People suffering from migraines have reported significant improvements after switching from the normal diet to a low carb, high fat one. These claims are not just supported by anecdotal evidence. A scientific study in the journal of headache pain found out that patients who induced ketosis through a ketogenic diet were able to relieve the intensity of their migraines (5).

According to the study, a ketogenic diet relieved ameliorates headaches, subsequently reducing the number of painkillers consumed by patients. A normal diet was found to have no significant impact even on short-term observations. Another study studied twin boys who suffered from frequent migraines. After being switched to a high fat and low carb diet which induced ketosis, the severity of their pains decreased considerably (6).

It is not uncommon for runners to pock and ingests gel packs in the middle of a race simply because they want to replenish their glycogen reserves. When on ketosis, you are not reliant on glycogen, so you are in a better position to keep going even when other athletes cannot handle it any longer. Research also indicates that people who do high-intensity short burst workouts such as bodybuilders do benefit from ketosis. In their case, they can consider a highly ketogenic diet before hitting the gym.

Several studies on endurance and ketosis paint a clear picture of the sentiments above. One of the studies named FASTER studies the relationship between sports endurance and fat utilization and found out that athletes who regularly took a ketogenic diet developed mitochondria as opposed to those on normal diets. Having more mitochondria implies that the athletes with more ketosis had lower oxidative stress and load since they could metabolize more fat to produce energy (7). Several other studies indicated that having higher levels of ketone increased performance and endurance.

Another study published back in 2016 indicated that ketone supplements alter substrate utilization patterns when exercising. This slows lactate production and significantly improved performance in professional cyclists (8).

Doctors often put children with epilepsy on a ketogenic diet – which basically includes low carbohydrates and a super high-fat content since scientific evidence shows that it helps prevent and manage seizures (9). Adults suffering from epilepsy are also put under modified Atkins diets (10). Other research suggests that ketogenic diets have the capacity to reduce the risk of developing heart complications (11). While others show that people with insulin resistance, metabolic syndrome and type 2 diabetes can benefit from this diet too. Can be used to Test the number of Ketones in your blood It is possible to test your body’s level of ketosis by testing for ketones in your urine or blood.

Even better, there is no need to go the doctor since you can purchase over the counter test strips to test your pee at the comfort of your home. There are also blood sugar meters which are used by doctors to measure the level of ketones in your blood. If you are not sure on how to test for ketones, don’t hesitate to speak to your diabetes instructor or doctor. Very high levels of ketones are dangerous. You need to stay safe. As you plan out your meals, it will be important to note the macros of everything that you consume. Macros are the proteins, carbs, and fats that are contained in food.

Following this diet will put your body into ketosis so that it uses the stored fat in your body for energy, rather than burning carbs. This can lead to significant weight loss.

What Foods Can You Eat While on Keto? What Should You Avoid?

Meals consumed on keto are typically high in fat, but you want to be sure you are consuming healthy fats, such as from olive oil, coconut oil, and avocados.

Here is a quick list of foods that you can eat while on keto. Note that this is not the entire list, but should provide you with enough of an idea to get started:

There are also several foods that you will want to avoid due to their carb content or unhealthy ingredients:

Is Keto Right For You and is it Safe?

If you have a lot of weight to lose, then keto may be right for you. This has been a popular and successful diet for those who are extremely overweight. Many people find this diet to be less restrictive and easier to stick to because they can still have some of their favorite foods, such as butter and cheese (because who doesn’t like butter and cheese?)

Most experts find ketosis to be natural and safe, but it is important to talk to your doctor before you attempt any new diet. It is also important if you are trying to lose weight to find out if your diet is the underlying cause of your weight gain. Your doctor may even be able to help you create a nutrition plan for you to follow, or refer you to a nutritionist.

There has been a lot of buzz around keto lately, and it seems like the benefits live up to the hype. This is also a diet where people learn healthier eating habits, rather than jumping on a crash fad diet just to gain the weight back.

If you are looking to lose weight, then keto is a good option, but if you are just looking to lead a healthier lifestyle, you can easily do this by cleaning up your diet and removing processed foods from your diet.