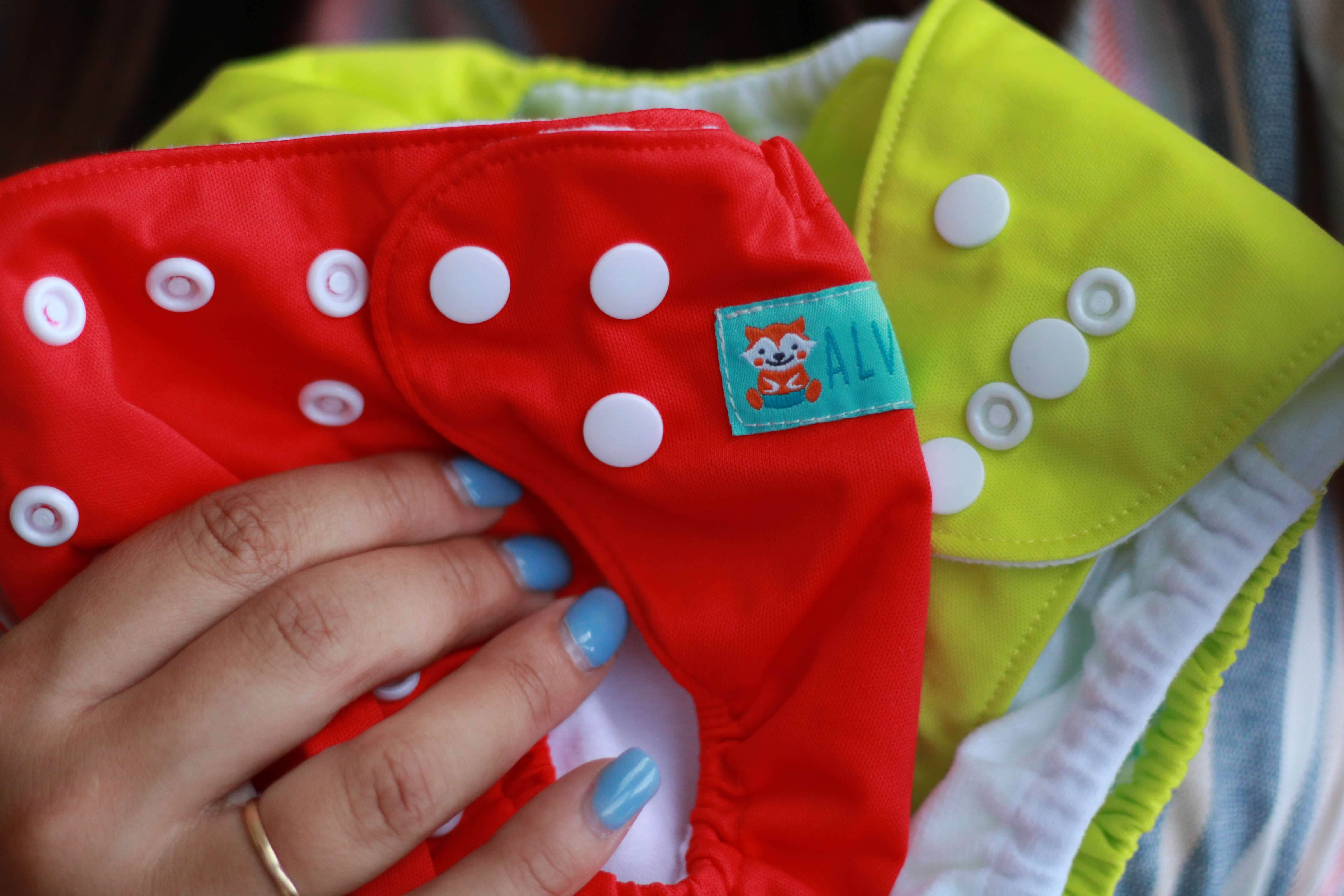 Why We are Cloth Diapering Our Twins

Before I was pregnant I found myself intrigued by people who were cloth diapering their babies. I followed a few moms who explained the process and the reason they did it. I felt very pulled to their values and found they aligned with mine too. I felt confident I would try cloth diapering once we had our first baby.

When we found out we were having twins I instantly started thinking about all the things we had planned for one baby and we asked ourselves did it still make sense for two. Childcare, diapering, who’s working and who’s staying home and for how long all came up. With the cloth diapering idea still burning in my head, I considered what it would mean to cloth diaper two babies at once.

I am kind of an eco nut, so cloth diapering appeals to me on many levels. The facts about traditional plastic diapers were startling, especially since now we would be doubling the number of diapers needed.

According to the EPA, Environmental Protection Agency, the number of disposable diapers that make their way into the landfill each year is close to 20 billion. That comes out to about 3.5 tons of plastic waste added each year. I also read that each baby can use up to 8,000 diapers from when they are born until they potty train. That’s up to 16,000 for us since we will have 2!

Something else that is worrisome is that it can take up to 500 years for each diaper to decompose. The diapers go to a landfill to decompose, but that’s not the most conducive for them to break down. They require sunlight and air to breakdown and when dumped into a landfill they can end up under the massive tons of other garbage that comes in each year and won’t be exposed to the sun and air they need to break down.

The other chemical that concerns me with disposable diapers is the traces of dioxin that comes from chemical bleaching. It can leave traces in products like disposable diapers that use that process and it is a known carcinogen that is banned in other countries but is still allowed in the U.S.

The last factor of disposable diapers that really made me not want to use them is that over the life of consuming these diapers they use about 20 times more raw material to make them. It also takes 3 times more energy to make and 2 times more water to make. I think one of the most beautiful things about cloth diapering, which still takes resources and energy to make them, is that they can be used again and again. I plan on giving away our cloth diapers once we don’t use them to another family to use. And my friend is currently prepping cloth diapers she was given by another mom for when her baby gets here! Talk about saving on resources!

We have also looked into compostable and biodegradable disposables and there are some great options out there. They are more expensive than regular plastic disposable diapers. I think those will be good options for us when we travel and when other people watch the twins. It might not always be easy to show someone the ins and outs of cloth diapering if they have never done them so we would still want an environmentally friendly option for them to have on hand.

One thing that was brought up was washing diapers and how environmentally friendly it is. I agree that doing more laundry contributes to more water usage. Having more humans is going to contribute to more laundry in general. We need to wash our clothes and cloth diapers are no different. Cloth diapers can be done in small loads and even done in high-efficiency machines that help save water. They can also be line dried or dried on a rack in your home so you don’t need to put them through the dryer.

In our area, we are lucky to have a cloth diapering service which uses huge high-efficiency washers to save even more energy and water. Yes, I know they have to drive to me, but it is local. And any diaper you bought at the store was driven there as well and probably from much further away. 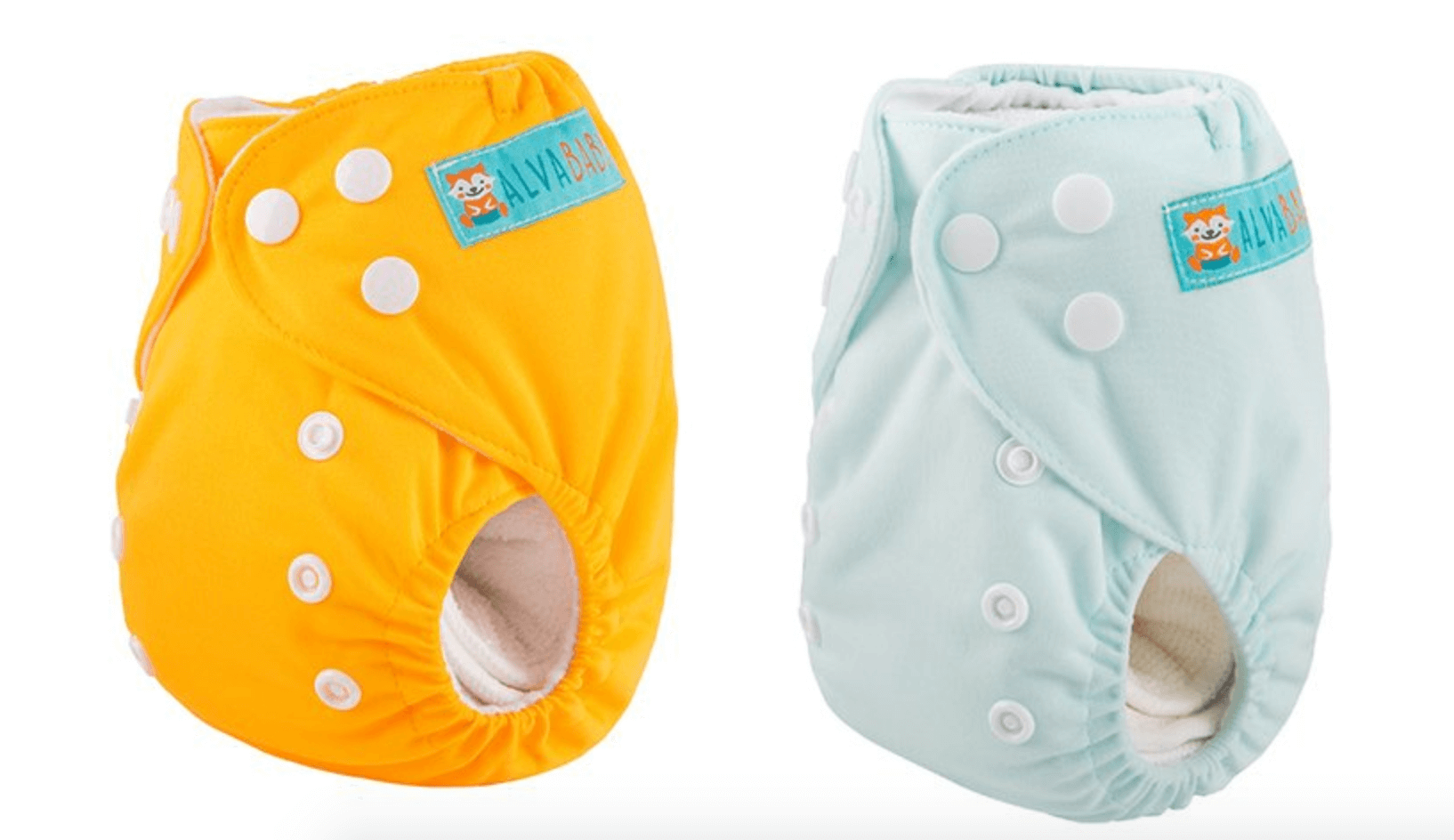 Diapers we have so far

We have started to stock up on cloth diapers from our registry and baby shower. I also bought a few at our local baby store, Zoolikins, at the cloth diapering class they offer.

We did register for the infant size that is good for babies 6lbs to 12lbs since the twins will most likely be on the smaller size so we wanted a more fitted option. We also registered for the regular size diapers that cover sizes 12lbs up to 33lbs. So those are also snap-adjustable where you can use the snaps to make the diaper smaller or larger.

Since we first received the snap diapers I have added a few velcro ones in the newborn size to our collection as well. I have heard that as babies get older they can more easily take off their velcro diapers but the ease of it when they are tiny seemed worth investing in.

If you are in Arizona, the best resource for learning about the tools and tricks of cloth diapering is at Zoolikins in Scottsdale. Their cloth diapering classes are free and you can register for the monthly classes if you’re curious about how it works and what each type of diaper does and is best for.

The class was held on a Saturday and after taking it, I felt really comfortable with knowing which type of diaper is best for us and which kinds wouldn’t work as well with the twins. I’ll link their page here.

They also know cloth diapers because they are run by the makers of the Bumkins brand and they have been making cloth diapers for decades! Zoolikins is their local Arizona boutique and I really love that the woman who runs it started cloth diapering her babies due to sensitivity problems she has with disposable diapers in the 80s and 90s.

They have changed and innovated with the cloth diapering movement over time to make sure modern moms have all the best options. The store carries plenty of U.S. made brands of cloth diapers as well as some companies that are imported. So if that’s important to you too, then you have a large variety of options there, including their own brand.

I’m so excited to share how all of the cloth diaper options we have end up working out. I am also going to be doing a cloth diaper blog on the types and options that you have on the market so you can decide which type could work for you and your baby! 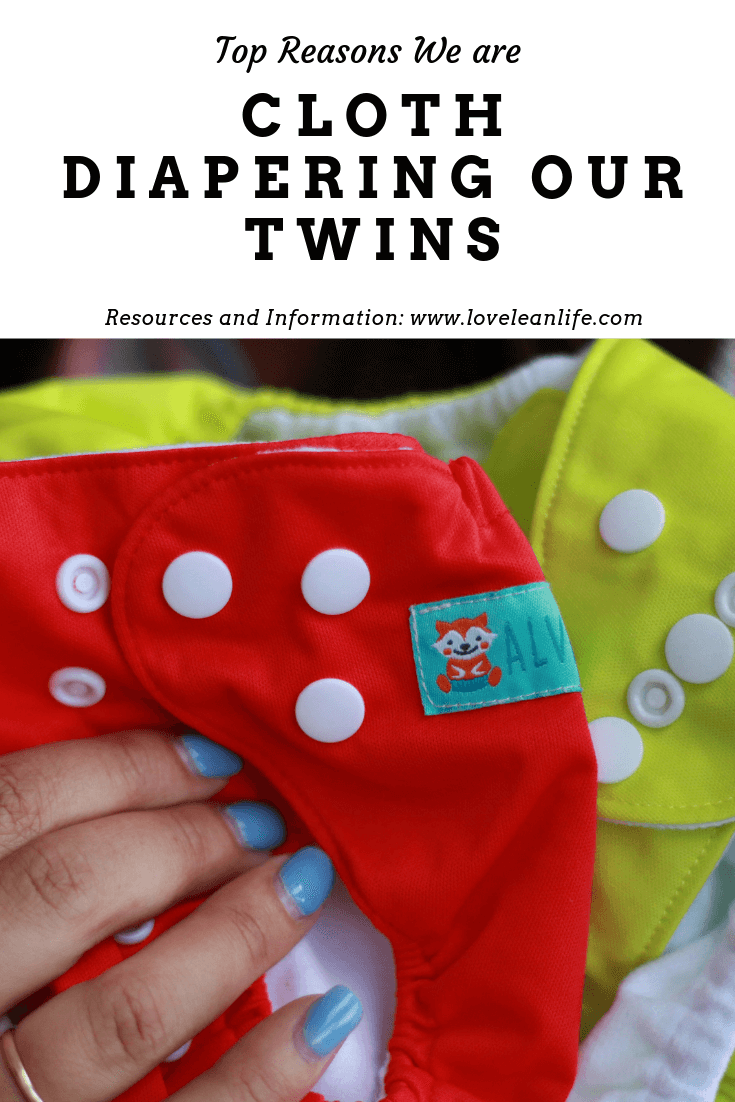 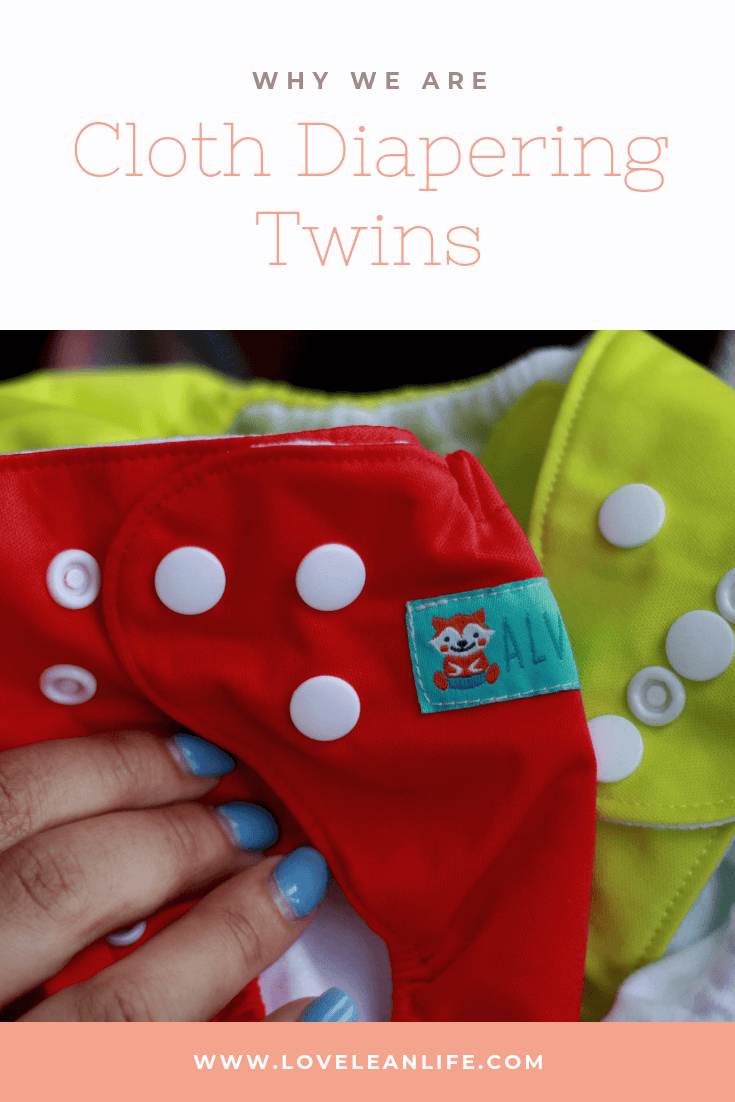 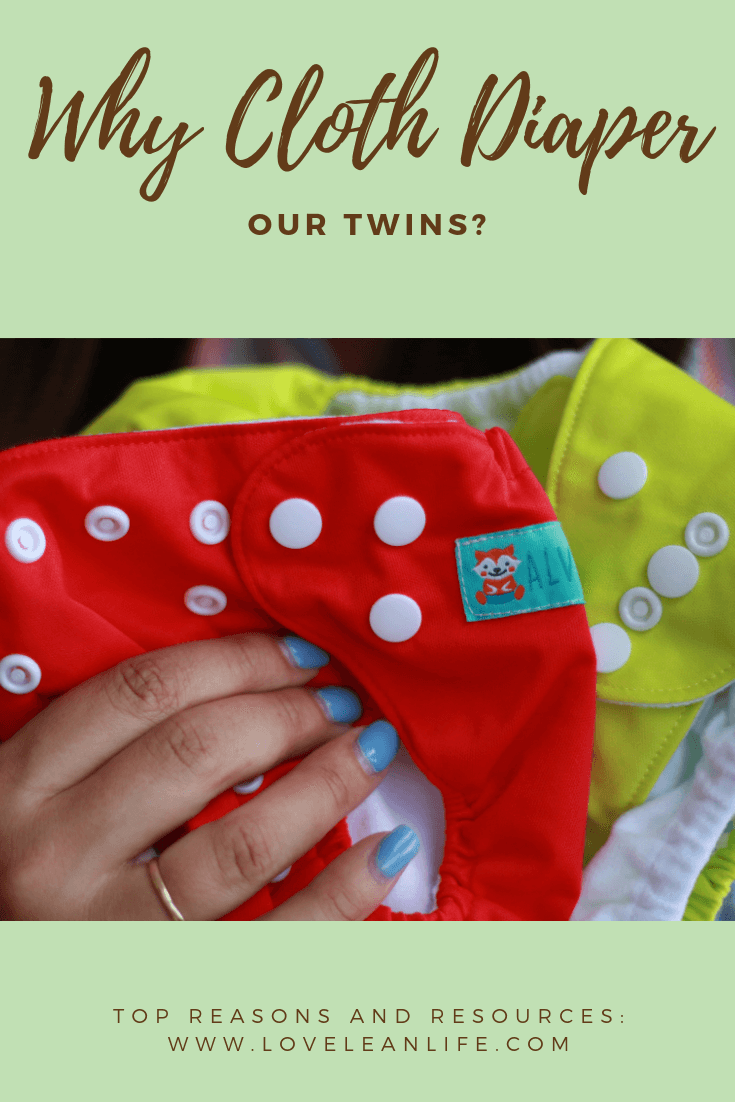 Love this! I cloth diaper our twins and we loved Zoolikins for their amazing advice! Our twins are getting close to potty training and this will be the first time in 7 years we won’t have kids in diapers!

I can’t even imagine not having diapers but I’m sure it’s awesome. I feel like cloth diapering has made diapers not as bad as I thought it would be. The cute patterns and colors might have something to do with it and they just look so darn cute in them! I just love Zoolikins for all of their help, I totally have recommended everyone to at least check out a class if they are having a baby just to see what it’s all about!